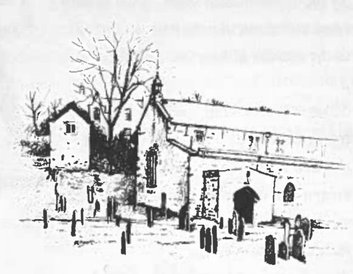 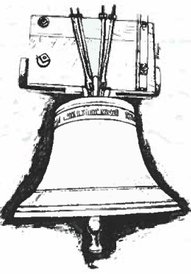 Click for leaflet about the Bell House and Bells

The bell house at Middleton-in-Teesdale, and the three bells within it have a history dating back to the mid-sixteenth century.

The Rector of Middleton-in-Teesdale from 1549 to 1559 was Dr William Bell. His will of 1558 contains the bequest for the bells.

The present Treble bell is the oldest bell, the only one of the original three bells,and dates from 1557. The other two bells are recasts of the original bells, the latter being melted and remoulded.

The detached bell house is an unusual feature. It was built on higher ground so that the sound would travel over the low-slung medieval church and the rooftops of the houses below. This would have been much cheaper than building a high bell tower as part of the church itself.

Presently members of a team of bell-ringers are ringing the bells on most Saturdays at around 2.30pm when the bell house will be open. The bells are also rung for significant events.

If you wish to visit the bell house or you are interested in helping to ring the bells please use the contact email address: bellhouse@upperteesdaleanglicanchurches.uk